Tranmere Rovers U18s were on the end of an unfortunate 3-1 defeat at the hands of Shrewsbury Town on Saturday.

Rovers were looking to build on last week's 5-1 triumph over Shrewsbury whilst Salop were also high on confidence having won every game so far this season and not conceding any goals yet.

It was a lightning start from the hosts who opened the scoring after just 30 seconds. James Dineley provided a fine save following a Shrewsbury attack however Jenson Cooper was there on the rebound to convert.

Rovers found their feet after going behind and got back on level terms in the 25th minute. Dylan Dwyer provided a pin point corner and Dom Cain leapt highest to power home his header into the Shrewsbury net.

In the second half, it was Rovers who started the brighter of the two teams. Max Fisher struck low past the keeper but his effort cannoned back off the post.

Shortly after nearly going ahead, Rovers found themselves behind. A cross came into the box, which James Dineley claimed but subsequently dropped following a strong challenge from a Shrewsbury attacker. The ball dropped to Cooper who tapped into an empty net. The referee consulted with his linesman but continued to give the goal.

As Tranmere pushed for a late equaliser, Shrewsbury confirmed the three points with a third in stoppage time. A long ball caused confusion between the Rovers keeper and defence to allow Savvy Vincente to put the game to bed.

Rovers are next in action at home to Fleetwood this coming Saturday, 11am kick off. 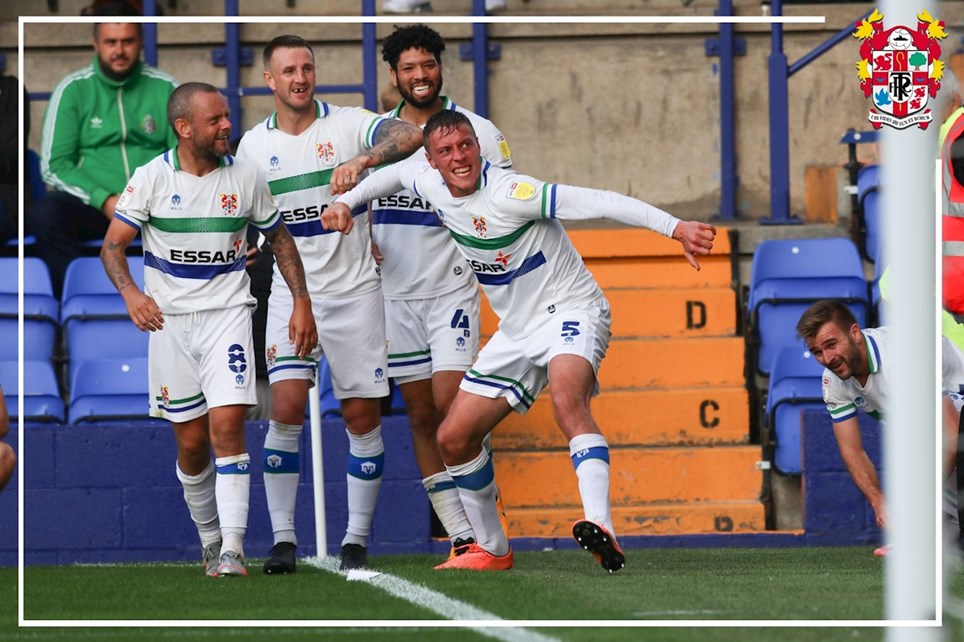