It was another home victory for Micky Mellon’s side who beat Oldham Athletic 2-0 to keep the play-off chances alive until the final day.

Goals from Josh Hawkes and Kane Hemmings were the difference against the already relegated side in a professional performance from Tranmere.

Rovers dominated the opening 45 minutes, controlling possession and denying Oldham any sort of attacking threat with a very quiet first half for Joe Murphy.

Hawkes had a chance in the opening 20 minutes of the first half after Kieron Morris’ cross travelled through everyone and reached Hawkes at the back post, but he snatched at his effort and saw the ball sail high and wide.

Hemmings then had a golden opportunity minutes later after being slipped through by strike partner Elliot Nevitt before having his one-on-one effort saved by the chest of Oldham keeper Jayson Leutwiler.

But on 26 minutes, Rovers finally broke the deadlock Josh Hawkes picking up the ball on the edge of the box before unleashing a brilliant strike which flew past the Oldham keeper to give Rovers a much-needed opener.

Oldham did have a half-chance towards the end of the half as Jack Stobbs saw an effort blocked by captain Peter Clarke before the strike could reach Murphy.

Tranmere’s dominance continued early on in the second-half with Hawkes a whisker away from his second of the afternoon after the ball fell to him as a result of a challenge on Hemmings and the winger shot just over.

But following the miss, John Sheridan’s side gave a timely reminder that they weren’t out the game just yet as David Keillor-Dunn got on the end of a perfect cross from the right but volleyed over Murphy’s crossbar.

With just over an hour played, Tranmere finally got their second of the afternoon after great pressing from Lewis Warrington allowed to ball to fall perfectly to Hemmings who curled the ball home and double Rovers’ advantage.

Oldham continued to try and test Murphy and with eight minutes of normal time to play, Stobbs forced Murphy into a great save as he pushed an effort around the post.

Hemmings could’ve had a second in the last actions of the game but was denied by a save from the Oldham keeper before a block on the line denied Rovers a third.

But Tranmere remained disciplined and showed great game-management to see the result out which means it’s all to play for on the final day in the capital.

With a number of results going in Rovers’ favour, Micky Mellon’s side travel to Leyton Orient sitting just two points outside the play-off places, putting the pressure on the teams above. 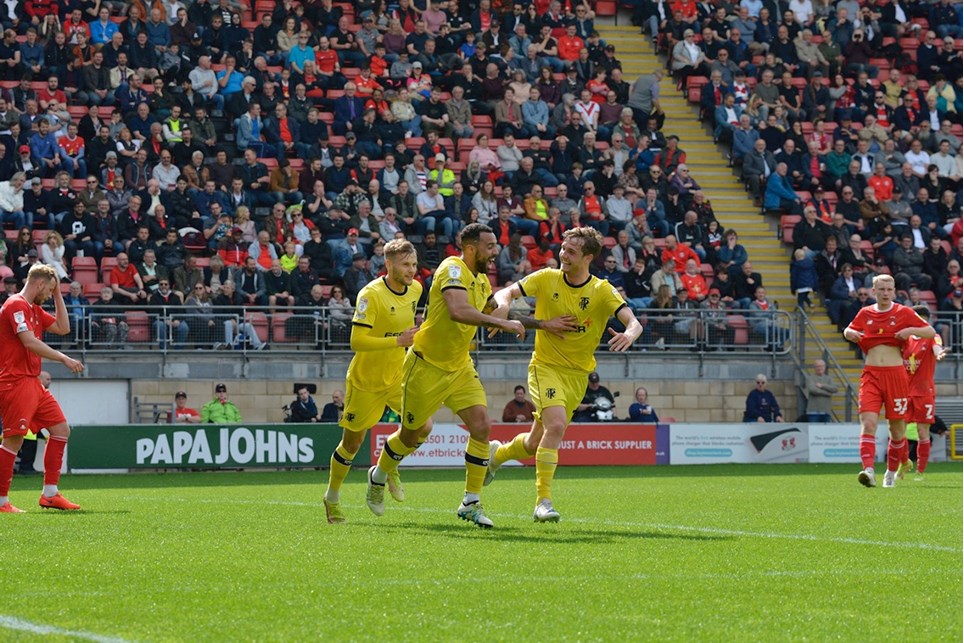 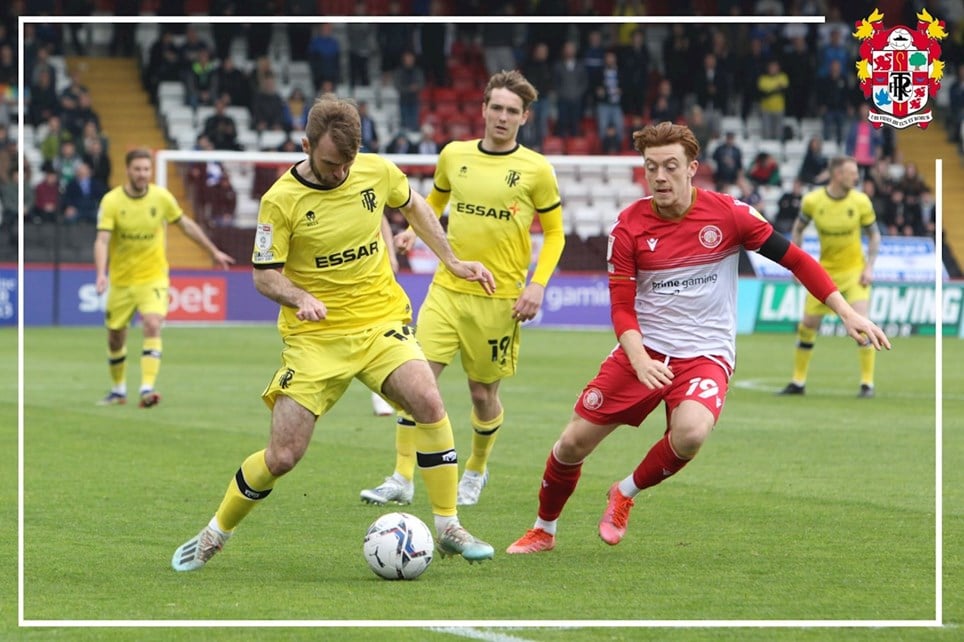 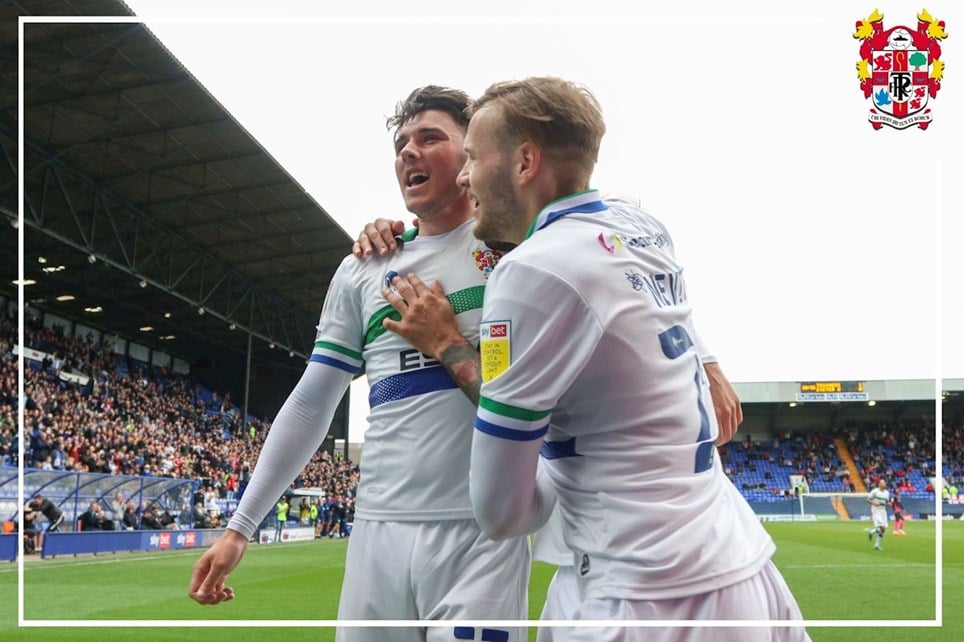 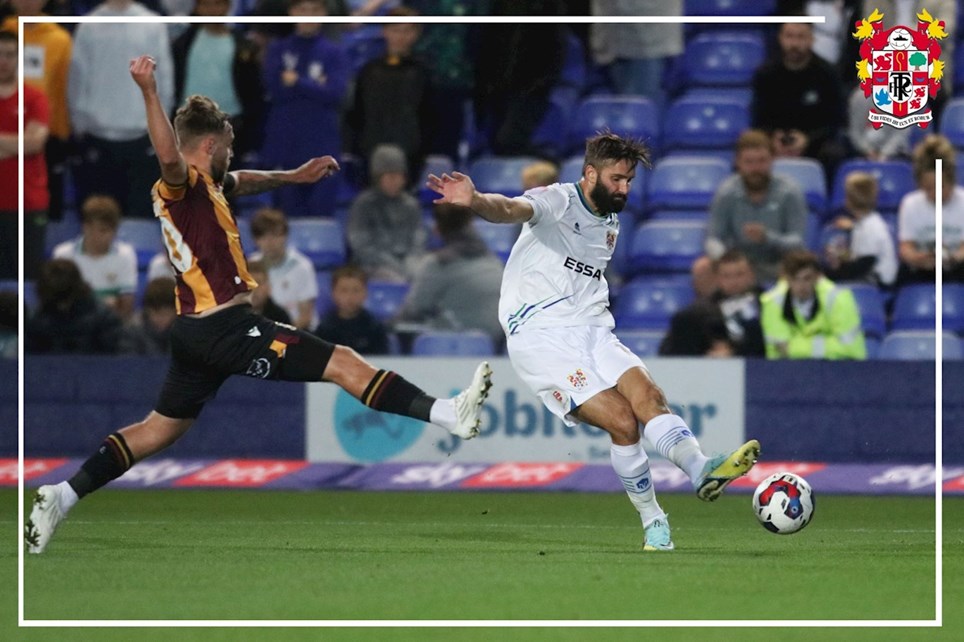