Defender Tom Davies believes that Saturday's win on the road at Leyton Orient is something to build on for next season as Rovers put a halt to their poor run of away form with victory in the final game of the campaign.

Tom started his interview by reflecting on the Leyton Orient game and Rovers' away form throughout the season.

"It's disappointing, we've won today and I think we've put in a good performance, a good professional away performance but the season doesn't just bode down to one game, there's 46 of them, 23 away from home and on the road we haven't been good enough.

Staying on the topic of the away form, Tom explained that the group have been talking about their results on the road and discussed the importance of improving it next season.

"We'll dust ourselves down, have a bit of a rest and then we'll be going for promotion next season."

Tom admitted that it's hard not to think about the ifs and buts as the season comes to a close and voiced his frustration at Rovers' finishing position. The defender also commended the fans for their support on both Saturday and throughout the season as a whole, he says the squad need to give them more to cheer about.

"I can count in my head now the number of games where we've lost late goals or lost away when we shouldn't have, then again, Oldham away and 'Nevs' goal at Mansfield these things add up and the table doesn't lie. That's where we are, we're two points outside the playoffs and for me as a team, we should be coming here today celebrating going up automatically. It's frustrating.

"The away support was unbelievable again, as it always is and we need to give them more to cheer about. We take the rest now and then we go one or two better next season."

Micky on visit to Orient

Calum: We know what we have to do 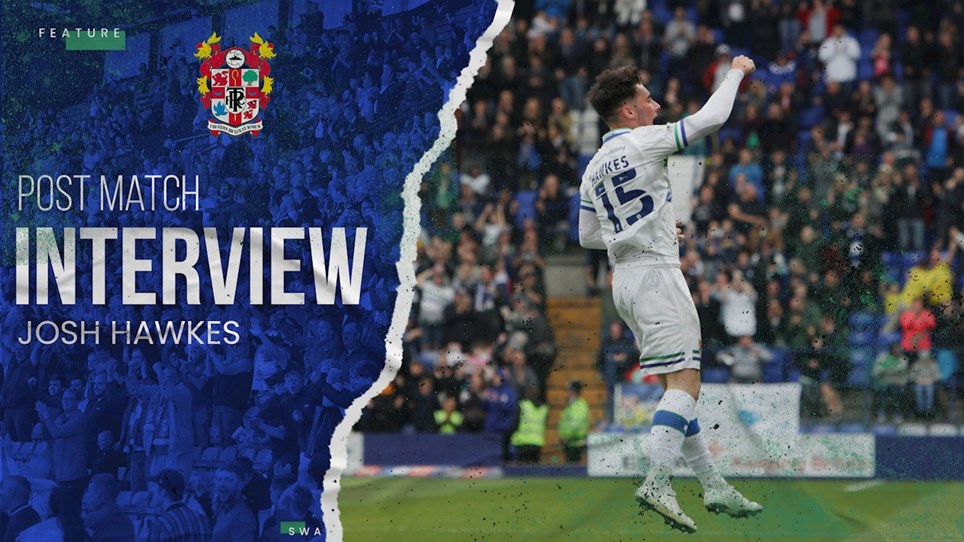 Hawkes: I thought we coped with the game well