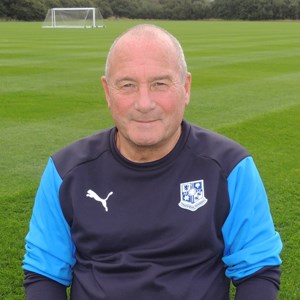 Liversedge had been on the books of Manchester United, Everton and Blackpool as a youngster, but soon found himself at Rovers in 1981 – as the Wirral side’s physiotherapist under manager Bryan Hamilton.

In 1982, he earned a move to then Division Two side Newcastle United, and would go on to work with the likes of Magpies favourites Kevin Keegan, Peter Beardsley and Chris Waddle as well as a young Paul Gascoigne.

Liversedge has also worked for Manchester United, Oldham Athletic, Stoke City, Altrincham and Burnley before he helped establish the medical department at Accrington Stanley in 2004.

Further freelance positions followed with Huddersfield Town and Macclesfield Town before his move to TRFC, where he works closely with Micky Mellon and his squad.