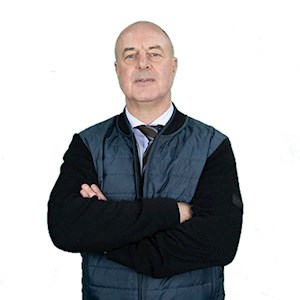 An established figure at Football League level, Hill is best-known for his two spells at the helm of League One side Rochdale.

First appointed in 2006, Hill remained in charge for a period of four-and-a-half years and achieved promotion to League One during his penultimate season at the club.

The 51-year-old departed the Dale for Championship side Barnsley in 2011, where he helped the Tykes avoid relegation from the second tier before returning to Rochdale in January 2013.

In his first full season back at the club in 2013/14, Hill guided Rochdale to promotion from League Two for the second time in his career by securing a third-placed finish with 81 points.

Upon returning to League One, Hill helped to implement an attractive style of play which coincided with three consecutive top-half finishes in the division (eighth 14/15, tenth 15/16 and ninth 16/17).

The 2017/18 campaign saw the Dale embark upon a memorable FA Cup run, resulting in Hill’s side forcing Tottenham Hotspur to a fifth-round replay having earned an initial 2-2 draw at the Spotland Stadium.

Hill’s association with Rochdale came to an end in March 2019, with his next opportunity arising at Bolton Wanderers five months later. The 2019/20 season, which was curtailed as a result of the coronavirus pandemic, proved to be the 51-year-olds only campaign as boss of the Trotters.

As a player, Hill featured as a central defender for the likes of Blackburn Rovers, Morecambe and Plymouth Argyle during his 16-year professional career.

Similarly to his managerial experience, the majority of his time was spent at Rochdale. The 51-year-old remained at the club for five years between 1996 and 2001.