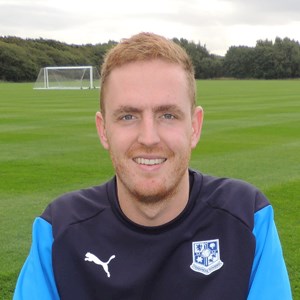 Michael Vernon is the First Team Analyst at Tranmere Rovers. His job role includes detailed preparation and analysis on both ourselves and the opposition team as well as co-ordinating a team of 11 scouts throughout the UK.

Michael gained a 2:1 Sports Coaching Degree which led him to working with Burnley's U23 team for the 2013/14 season, gaining valuable experience at an elite level in football.

He then went on to join Micky Mellon at Shrewsbury Town in 2014 and was part of a promotion winning season with the Shropshire side, finishing second in Sky Bet League Two.

Upon joining Tranmere in 2016, Micky Mellon was keen to bring his proven and successful backroom staff with him to the Club, including Michael Vernon.