Tranmere Rovers make the trip up to Cumbria to take on Barrow AFC in Sky Bet League Two looking to respond to Saturday’s defeat at Prenton Park.

Rovers are currently 13th in the league table and four points outside of the play offs. Barrow, who are now under new management in Michael Jolley, sit in 21st position in Sky Bet League Two with 19 points.

Keith Hill has not reported any new injury problems in the squad heading into this fixture.

Quigley comes into this fixture, like Barrow, off the back of an upturn in form. He has netted four goals so far this season however three of those have come in the last three outings.

Rovers will have to be wary of Quigley to deny him adding to his tally during this purple patch of form.

The TRFC radio team of Phill Wilkinson and Adam Siddorn will be in place at in Cumbria to provide live updates on proceedings.

Please note that season ticket holders to do not automatically receive away game match passes and will have to purchase one to watch.

A James Vaughan header midway through the first half earned Tranmere a point in a 1-1 draw at Barrow in the final game of 2020.

The striker’s goal was cancelled out by a penalty converted by the hosts during the second half, but Rovers had to settle for a point despite having a man advantage for more than 20 minutes of the match.

Tranmere Rovers brought in Morgan Ferrier and Paul Lewis for the match against the Cumbrian side.

In the sixth minute, Barrow frontman Scott Quigley turned the Rovers defence to strike at goal, but Scott Davies was on hand to make the save.

An excellent save from Joel Dixon denied James Vaughan in the 13th minute, an excellent knockdown by Ferrier was straight into the path of our number nine, but the goalkeeper pushed away for a corner.

From the following set piece, Vaughan manoeuvred to the front post to volley just wide, again the goalkeeper making the save.

Tranmere were growing in confidence as they game progressed, and Keiron Morris hit a fierce shot from 25-yards which was turned away by the goalkeeper.

Rovers went ahead with 23 minutes on the clock as Vaughan added to his tally for the season with a cracking header from a Feeney cross.

Five minutes later, the returning Lewis Hardcastle hit a stunning free-kick from 25-yards which crashed against the side netting.

Barrow responded to Vaughan’s goal in strong fashion, as Quigley again was causing problems, testing Davies from range but our captain was equal.

Into the second half, Barrow had the first opportunity through Luke James after a pass from the left by Lewis Hardcastle. The former Hartlepool United man was unmarked as he hit just wide.

Barrow were pressing and came within inches from an equaliser but a crucial block on the back post by a Rovers shirt denied the hosts a tap in from a right wing cross.

Tranmere’s first chance of the half came just after the hour mark, when a Lewis knockdown fell into the feet of Vaughan, but his shot bounced against the surface and into the grateful hands of the goalkeeper.

Barrow were awarded a penalty kick in the 63rd minute as Quigley was hacked down by a Rovers defender, giving the referee no choice but to award a spot kick. The striker confidently stepped up to side foot home, and level the score.

The hosts immediately had a man sent off as former Fleetwood man Harrison Biggins was dismissed for a second yellow card and Tranmere had 20 minutes to play with an extra man on the pitch.

The visitors had a fabulous chance to regain the lead as Peter Clarke had a free header but was denied by a great save from the keeper.

A huge let off at the other end for Tranmere as a goal mouth scramble saw a strike at Davies’ goal but again, the goalkeeper was on hand to make an excellent save.

A second change came as Ollie Banks replaced Morris with four minutes remaining as Tranmere went in search of all three points.

Our next game will be this weekend at Colchester United, and the game will be available to listen to live on iFollow. To purchase a match pass, please CLICK HERE.

The match report is sponsored by MAIN.​ 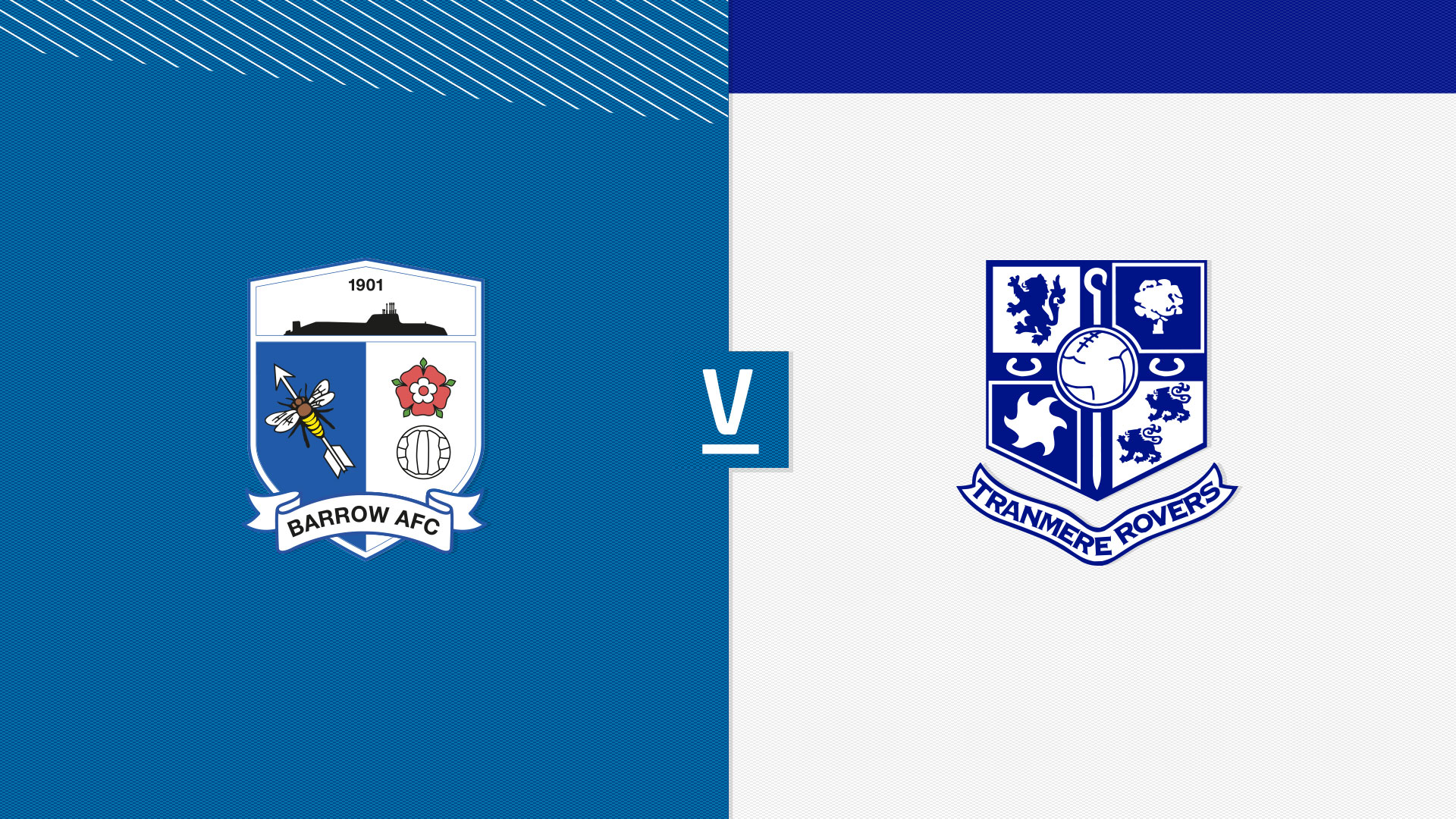 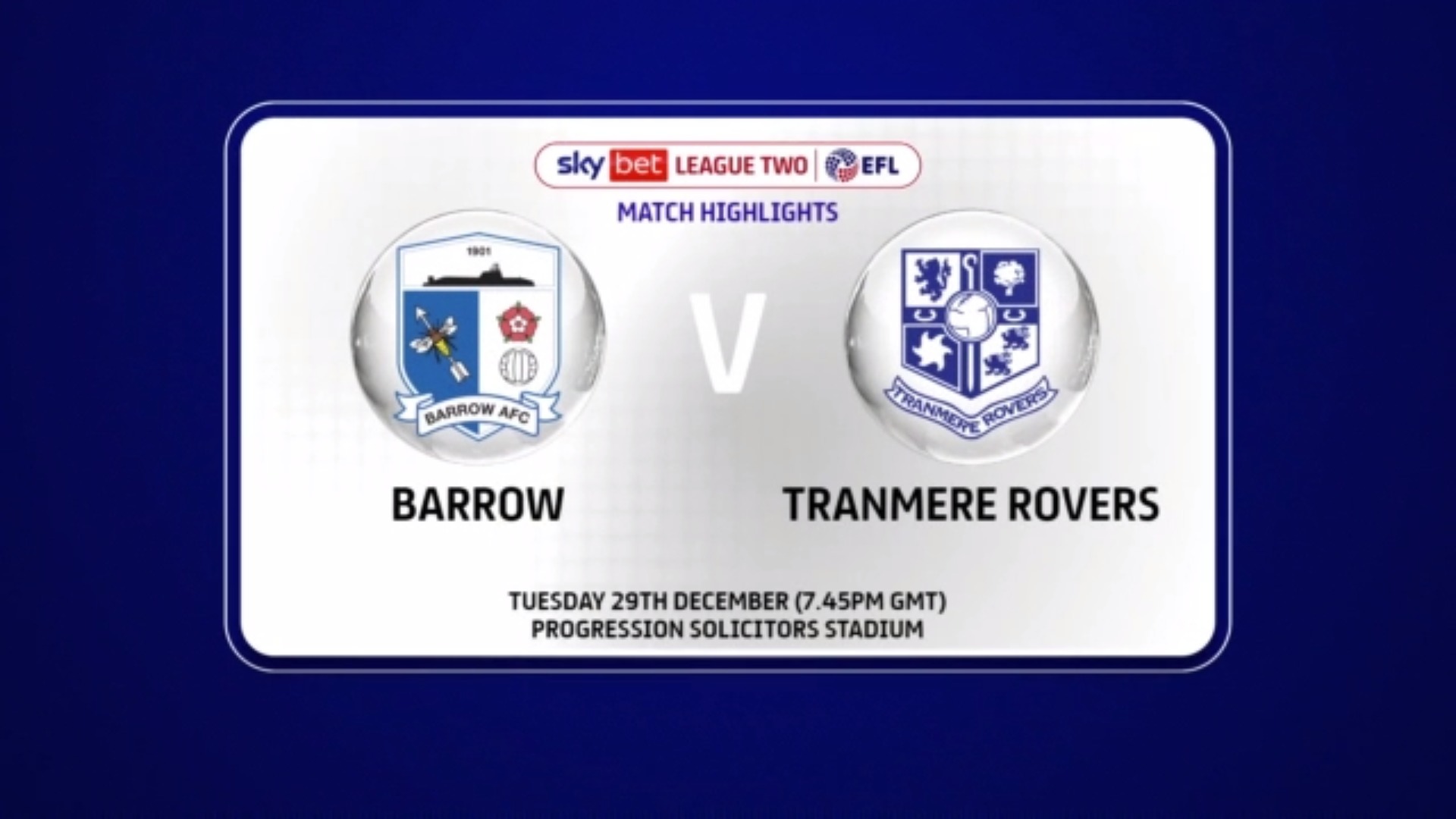 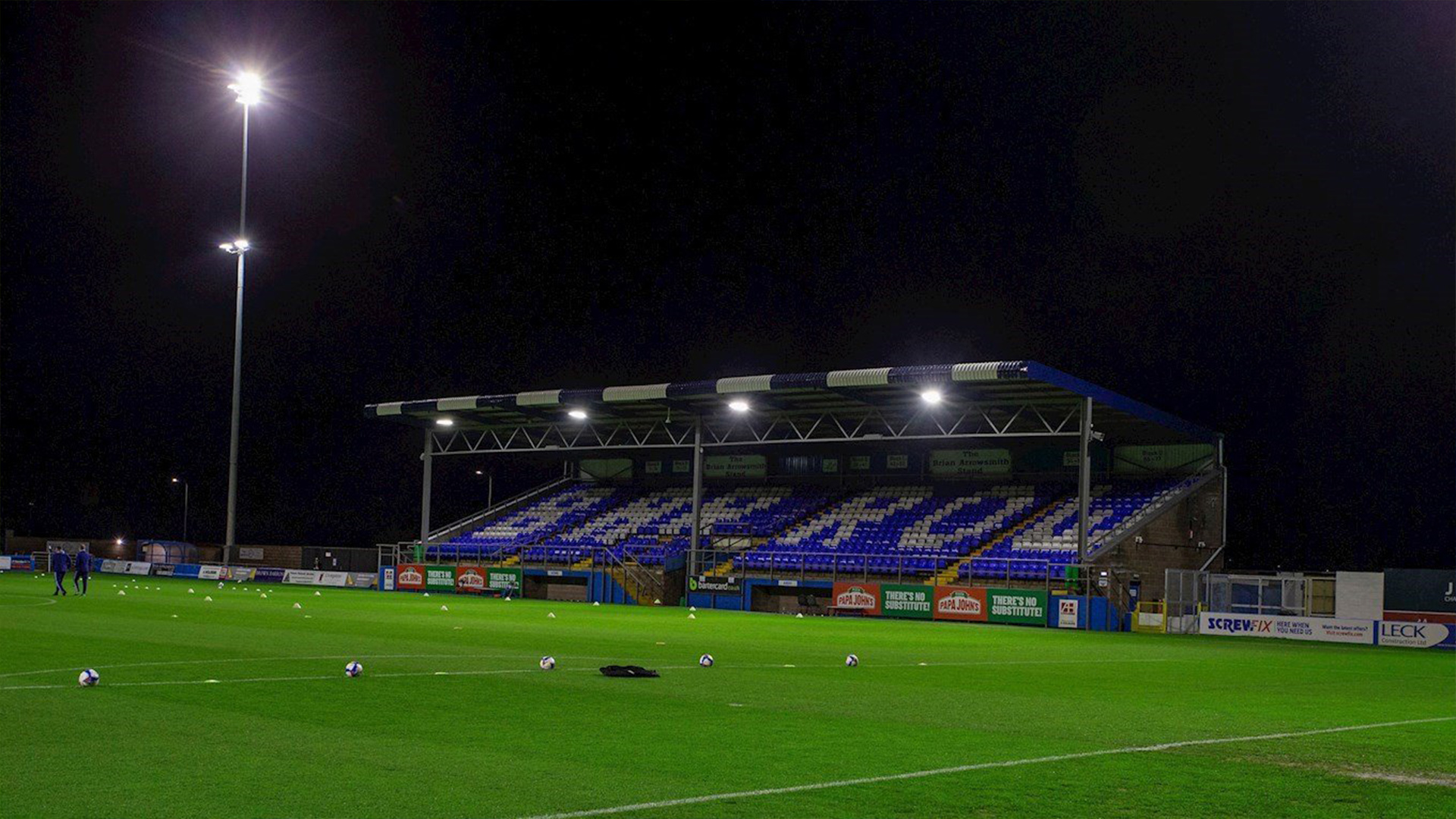