Tranmere Rovers kick off the 2021/22 Sky Bet League Two season on Saturday afternoon, with the visit of Walsall.

It will be the first competitive game back in charge of the club for Micky Mellon, who returned to Prenton Park earlier this summer.

Tickets are available for this fixture by clicking here. Please note that there will be no cash turnstiles on the day. Tickets can be bought from TRFC Store.

A number of summer signings will look to make their competitive debuts for the club, having featured in the club’s pre-season games.

Scott Davies, Calum MacDonald and Joe Maguire will all miss the season opener at Prenton Park.

A name familiar to all Tranmere fans, Monthe makes a quick return to Prenton Park following his departure from the club in the summer.

The 26-year-old spent three-and-a-half years as a Rovers player, first on loan and then permanently. He was part of the side that won back-to-back promotion from the Vanarama National League into Sky Bet League One.

Monthe joined the Saddlers on a two-year deal in the summer, and will look to make his competitive debut against us on Saturday.

A former Premier League player for a number of clubs, Matthew Taylor took his first steps into club management after being appointed manager of Walsall.

The former Portsmouth, West Ham and Bolton player had been working at Tottenham Hotspur, working with their Under-18s side, but now has moved into first-team management.

Taylor had a brief spell as interim manager of Swindon Town in 2018, with the Saddlers job being his first full-time role.

Tranmere Rovers started life back under manager Micky Mellon with three points and a 1-0 win against Walsall courtesy of a second half strike from Callum McManaman.

Rovers had to see the game out with ten men, with Chris Merrie dismissed for a straight red but Tranmere held on for a deserved win.

Peter Clarke captained Rovers in the absence of Club captain, and our longest serving player, Scott Davies, who missed out through injury at Prenton Park.

Former Rovers man Manny Monthe, who left the Club only three months ago, lined up for Walsall in defence.

The stadium was bouncing and Rovers were on the front foot from the get start, and Paul Glatzel tried to pick out Dieseruvwe but the ball deflected wide for a corner kick.

Glatzel was yet again in a good TRFC move, linking up well with Feeney as he stabbed the ball through to our number 11 but a green shirt got across just in time to hack clear for a second corner.

The on loan Liverpool winger was causing issues on the left hand side, and he let a shot go towards the goalkeeper’s near post, but Ash Taylor, another former Tranmere player, made the block.

Supported by just over 1,000 fans, Walsall were winning a handful of corners and showing their threat in the final third, but yet to record a shot on target against Tranmere.

Former TRFC man Monthe denied McManaman an excellent goal scoring opportunity when he got back in time to clip the ball away from his feet.

A lovely through ball by Feeney picked out Jay Spearing, who swivelled on the ball and shot from 30 yards, but it was wide of the mark. Moments later, Feeney again played a through ball but it was a yard in front of Glatzel.

Into the second period, Tranmere, shooting towards a loud KOP, began on the front foot and showed real threat moving forward, but likewise, Walsall were dangerous when entering TRFC territory.

In the 52nd minute, we had our first sub, as a linesman came off injured and the fourth official came on.

Tranmere were in on goal once again and outnumbered the Walsall defence, as McManaman had possession, with Glatzel and Dieseruvwe in acres of space, the former Wigan man took the shot alone but Carl Rushworth was equal.

In the 63rd minute, Kieron Morris was introduced against his former employers, taking the place of Glatzel.

A cross from Feeney on the right hand side was met by Dieseruvwe but his header was straight down the throat of the goalkeeper, comfortable save for the Saddlers number 12.

Tranmere took the lead with 17 minutes to go as lovely play involving Feeney and Merrie saw the latter play a low cross into the path of McManaman to side foot home, third time lucky for our new number 14!

Another beautiful Tranmere move saw McManaman play the ball down the line for Cogley to cross to the back post for Feeney but his volley was deflected wide for a corner.

The goal injected confidence into TRFC and were pushing for a second and fighting for every ball.

However, Tranmere had a real fight on their hands with just under five minutes to go as Merrie was given a straight red card in what looked a very harsh decision.

Manager Mellon responded with a double change, Feeney and McManaman being replaced by Joe Maguire and Sam Foley, two defence minded changes with the aim to hold onto the lead.

Rovers’ 12th man had to step up to be the 11th man now following Merrie’s dismissal and they showed their support for TRFC by singing in their numbers.

Tranmere's next game will be on Tuesday night at Oldham Athletic in the Carabao Cup, and tickets are on sale by visiting Oldham's ticket website, whilst coach travel can be purchased in the Club Store. 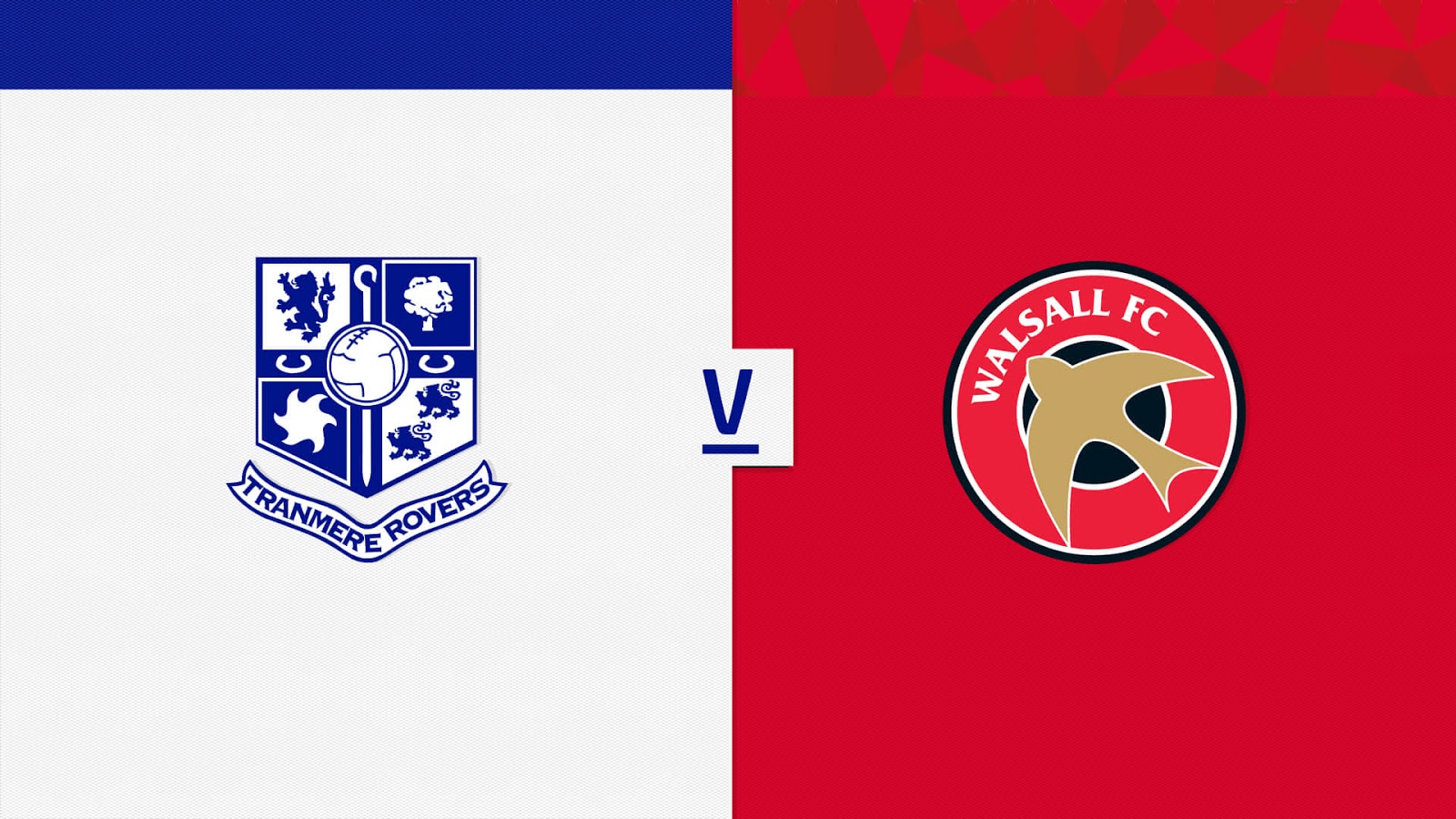 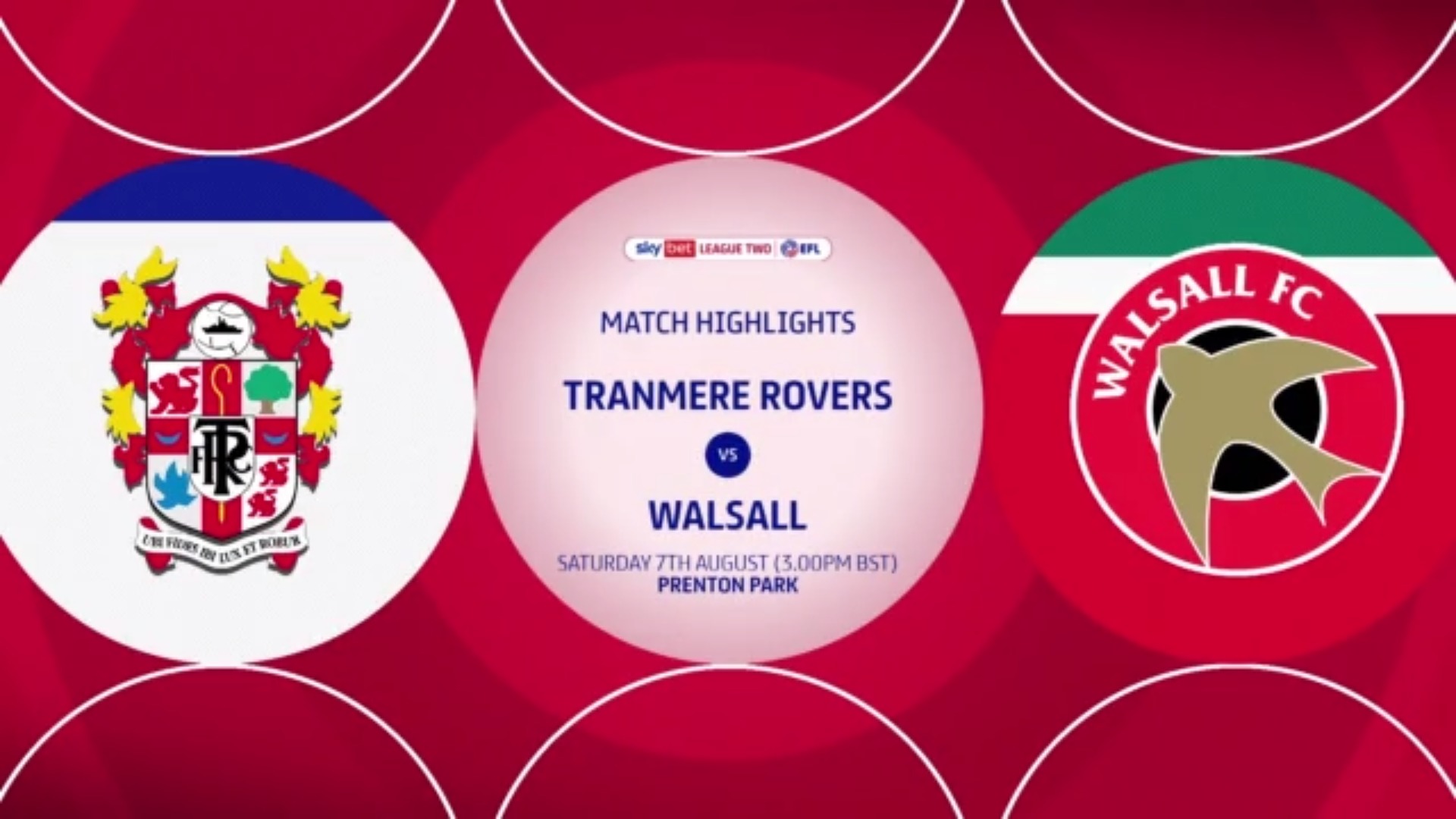 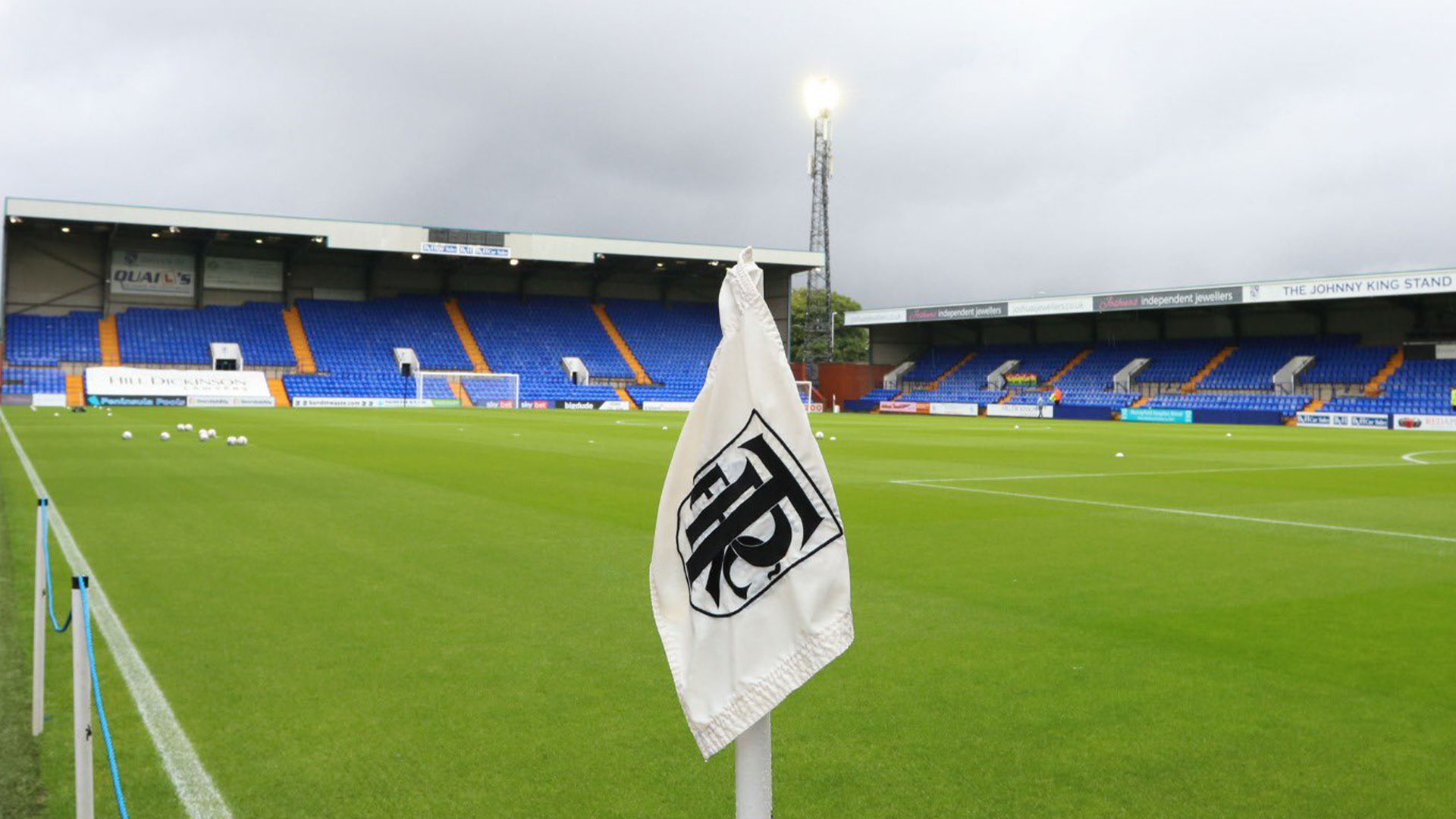