Rovers are in Papa John’s action on Tuesday night against Oldham Athletic at Prenton Park, 7pm kick off.

Micky Mellon’s men are already through to the knockout stages of the competition following wins over Salford and Leeds U21s.

Oldham do have something to play for as they currently sit second in the group but defeat by more than two goals would see them exit the trophy.

Josh Hawkes and Scott Davies are out with injuries whiislt Lee O'Connor is away on international duty.

Chris Merrier will also be unavailable due to suspension after picking up two yellow cards in the opening two games.

The 23-year-old spent time at Middlesbrough, Sunderland and Chesterfield during his youth, before making his professional debut with Ross County.

He went onto make 40 league appearances for the side, before making the move to Wrexham. His time with the club was short, with the 2019/20 season being curtailed.

In October 2020, he made the move to Oldham. In his first season at Boundary Park, he scored 10 times in League Two.

Former England international Keith Curle has been the man in charge at Oldham since March 2021, replacing Harry Kewell.

The 57-year-old has had spells in management with Chester City, Torquay United, Notts County and Carlisle United.

Curle won the 2019/20 League Two play-off final with Northampton Town, but was sacked in February 2021 with the Cobblers fighting against relegation.

This fixture will be available to stream live on iFollow for both UK and international supporters.

Match passes are £10 and can be purchased by clicking here.

A Paul Glatzel brace helped Tranmere Rovers conclude Group B of the Papa John’s Trophy in top spot after Rovers bounced back from two goals down to win 3-2 against Oldham Athletic at Prenton Park.

A first half double by Zac Dearnley gave the Latics a two-goal lead despite Rovers dominating much of the play on home soil.

Strikes either side of half time from Liverpool loanee Paul Glatzel and his strike partner Nicky Maynard saw Tranmere level an eagerly contested encounter under the lights.

Glatzel fired in the match winning goal in the latter stages of the second period as Rovers ensured they ended the group stage of the competition with a 100% winning record, following victories earlier this season versus Salford City and Leeds U21s.

Micky Mellon opted to make ten alterations from the starting line-up that were victorious at Crawley Town in the FA Cup First Round last Saturday. Nathaniel Knight-Percival the only starter in West Sussex to retain his place in the team.

Despite Keith Curle selecting a strong outfit with just four changes for the Latics from their Cup draw against tier three Ipswich Town last time out, Rovers were the side who raced out of the traps quickest in the opening exchanges.

Maynard and Mark Duffy linked up to great effect for Tranmere to manufacture two golden chances for an early breakthrough.

Duffy cleverly picked out the forward inside the box who struck wide with a snapshot, before the 34-year-old saw a goalbound shot deflected behind for a corner following another eye-catching pass by the attacking midfielder in the sixth minute.

An encouraging start to proceedings for Mellon’s men was soon undone when a swift counter-attack by the visitors resulted in an opening goal. Dearnley expertly converted into the bottom corner one-on-one with Joe Murphy as the clock reached the quarter-hour mark.

Tranmere quickly found their groove again after the set-back of conceding. Kieron Morris unleashed a venomous hit from range which narrowly whistled wide as Rovers appeared determined to restore parity in the match.

Morris once again showcased his shooting threat when his free kick 25-yards out had Oldham goalkeeper Jayson Leutwiler scrambling across his goal in the 33rd minute. Unfortunately for the Englishman, his effort came inches away from finding the top corner.

Tranmere were dominating possession looking the more likely team to score the next goal, but on the brink of the break Oldham doubled their advantage. Nicky Adams crossed for Dearnley who bagged his second of the game. This time powering in with his head unmarked six yards out.

It looked like Rovers would have the task of overturning a two-goal deficit in the second period. However, in stoppage time, Ryan Stratutlis delivered a wicked ball into the path of Glatzel who bundled home his first goal for Rovers to end the half on a high.

Rovers were pressing for an equaliser right from the get-go in the final 45 minutes. In the 55th minute, Tranmere were rewarded for their persistence. Glatzel continued his impressive performance this time turning provider. The youngster’s fizzing cross on the right flank picked out Maynard who edged a yard on the Oldham defence and guided a volley into the net.

Mellon’s troops were not content with settling for a point after a remarkable comeback to leave the game all square. Morris worked an angle on his unfavoured right foot and forced a neat save low down by Leutwiler.

There was a scare for Tranmere on the hour mark when Captain Murphy was needed to prevent the Greater Manchester side from restoring their lead. The experienced keeper denied Dearnley a hat-trick with a fine reaction stop.

The vital moment in the game came with just 15 minutes left to play. Morris slipped through Glatzel who rifled in the winning goal to the delight of the Super White Army in attendance.

Next up for Rovers is a return to Sky Bet League Two action this weekend when Sutton United are the opponents at Prenton Park. The draw for Round Two of the Papa John’s Trophy will take place on Saturday 13 November with the subsequent ties commencing later this month. 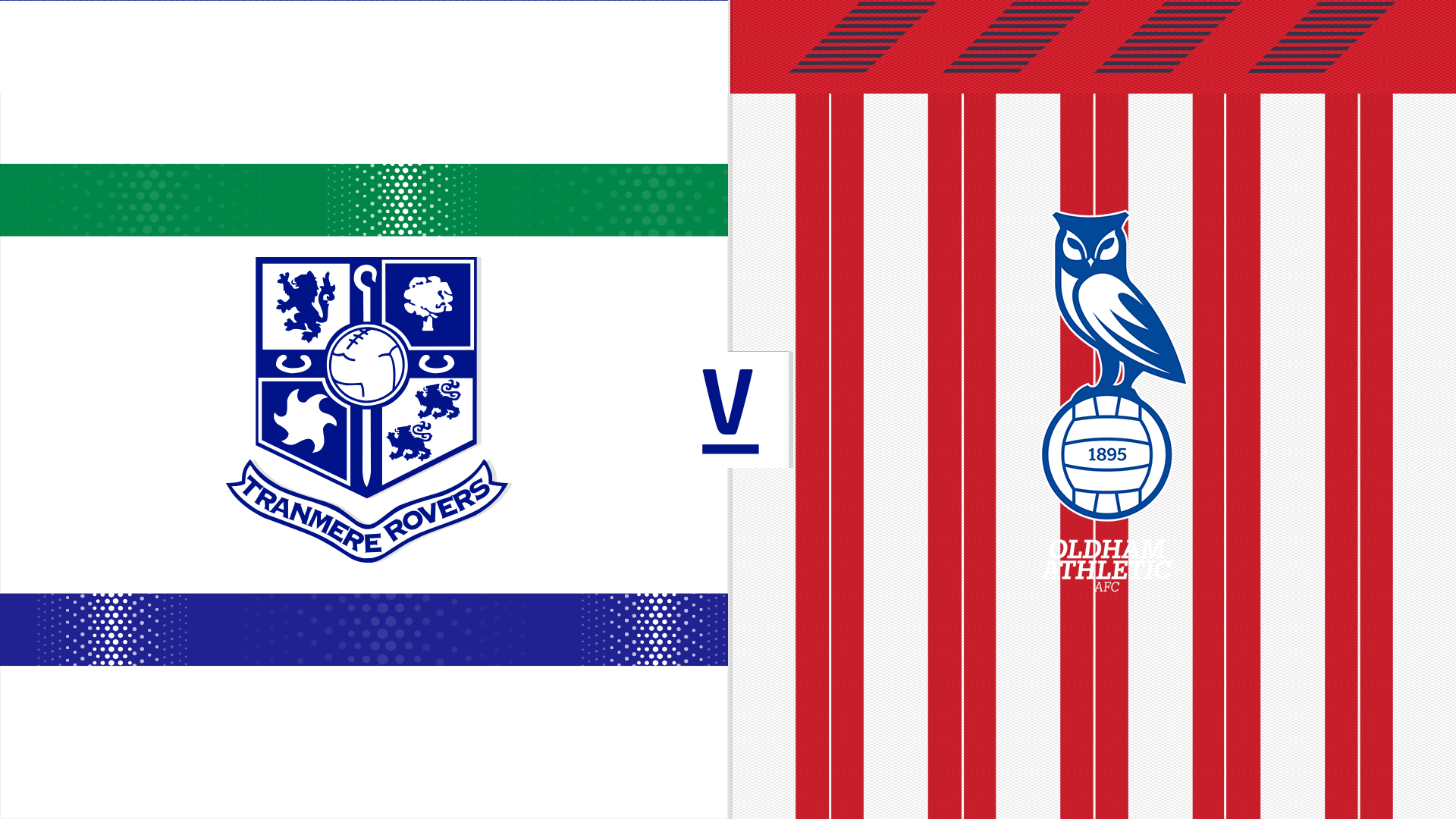 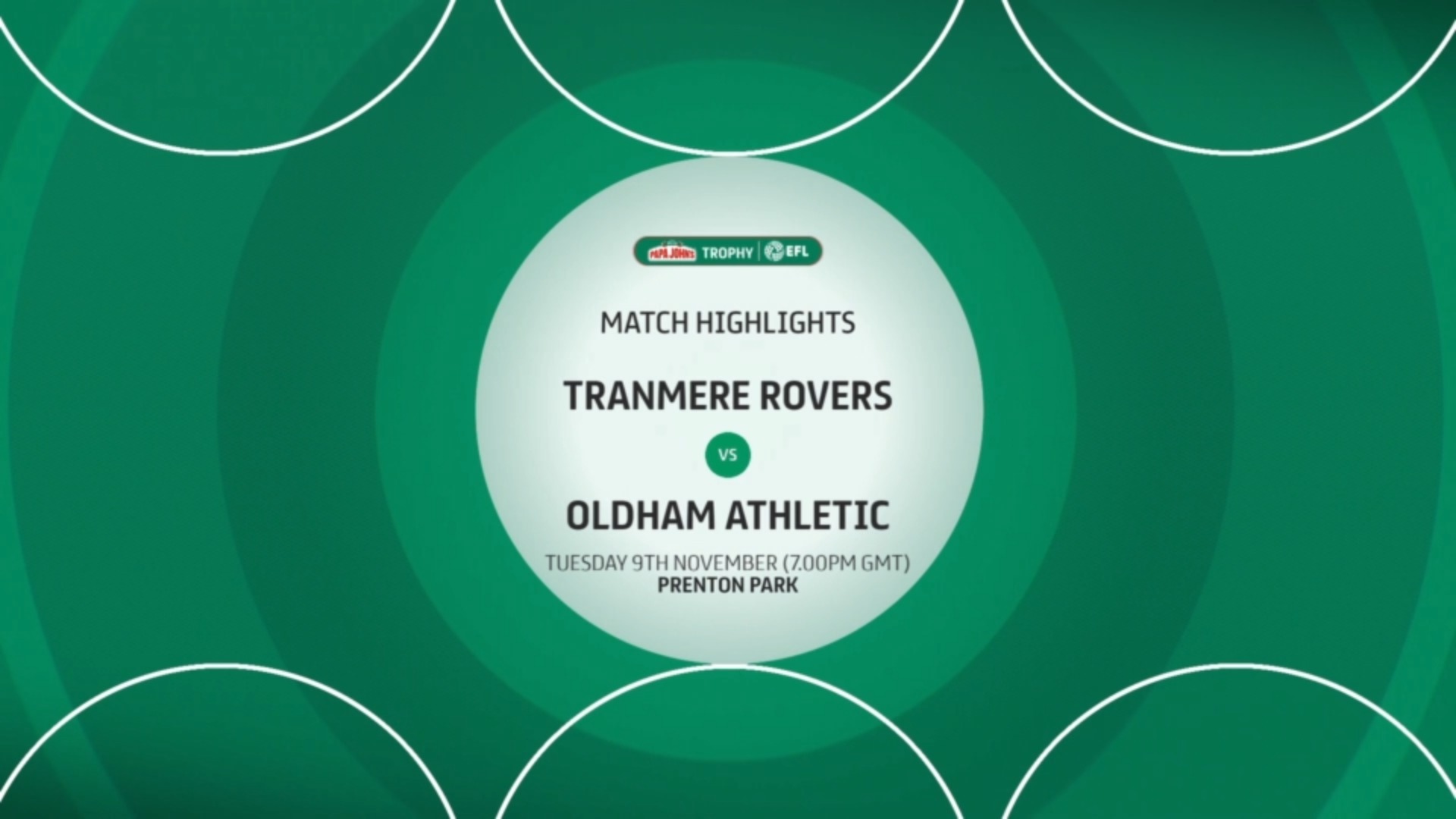 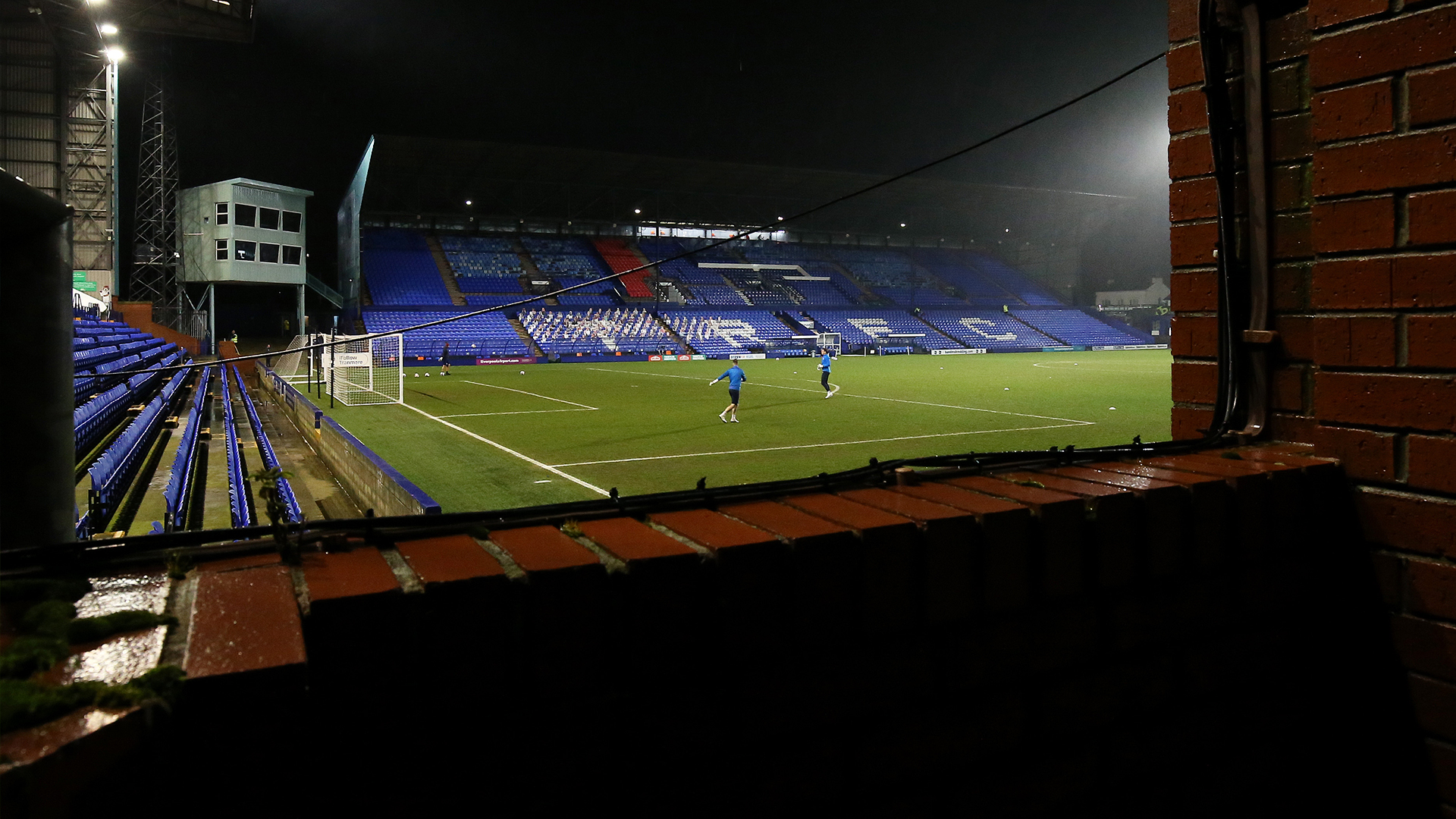