It was a frustrating start to the season for Alan Morgan’s U18s as they fell to a 3-1 defeat to Blackpool at The Campus.

A goal from Sam Taylor wasn’t enough to earn Rovers a share of the spoils on the opening day.

The game started with great energy with both teams enjoying spells of possession.

It was also made evident in these stages that the Tangerines posed great threats on the wings, in particular Prince Yelegon who displayed pace and power.

It was that man who assisted the opening goal for the visitors. He glided down the left flank and stood up a cross for Arnold Matshazi to head past Ben Jones and into the far from close range.

Rovers responded brilliantly to going a goal behind as Blake Bamgbose collected the ball and drove forward before sliding a ball through to Sam Taylor to finish excellently past the keeper.

Blackpool regained a foothold in the game and came close to regaining the lead via a sliced cross nearly catching out Ben Jones but he did well to tip over his bar.

The second half started as the game had been before, with a range of crosses, tackles and high movement between the lines at either end of the pitch. Tranmere came closest to taking the lead as Blake Bamgbose dragged a shot wide of the post.

Blackpool then had a chance of their own as James Harrison ran through on goal but could only clip the post with his effort.

The visitors reclaimed their lead on the 65th minute mark as a greatly delivered corner into the centre of the box was met by Fitzgerald who powered the ball past Jones.

With the home side chasing the equaliser, Blackpool secured the three points. Jake Daniels broke forward and picked out Yelegon who couldn’t miss from six yards.

That would be the last kick of the encounter as the referee blew his whistle straight from kick-off, sealing what was a frustrating start to the season for Tranmere but one in which some players gave a great account of themselves throughout.

Rovers are next in action against Bolton Wanderers next Saturday away from home. 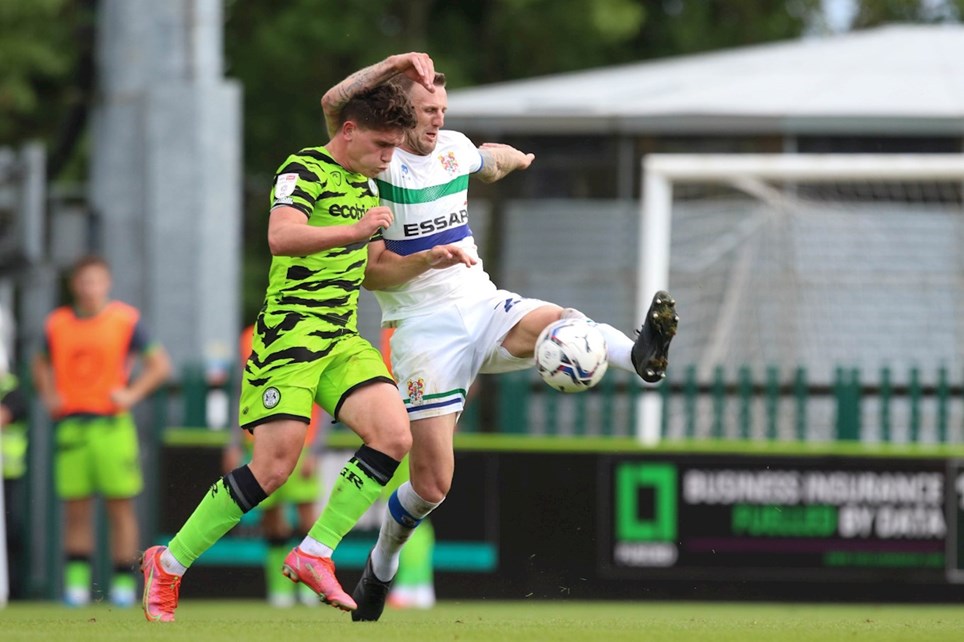